A collection of solutions, workarounds and protips from an IT Pro working in Modern Management

Recently during a cloud migration project, I supported a customer with the goal of removing all on-premises infrastructure dependencies. Including Active Directory.

As a result, the use of Google Cloud Directory Sync was no longer available to provision users from their replacement directory Azure AD through to G. Suite.

Note: You will need to configure a second G. Suite Enterprise Application to configure provisioning in, this is a known issue.

Spinning up a demo tenant, within a couple of hours I had provisioning up and running, but I needed to find a method of provisioning users into the correct Organization Unit in G. Suite, rather than into the root of the OU structure.

To achieve this, I’d need to configure an attribute mapping that sets the “orgUnitPath” user attribute in G. Suite when the account is created/updated.

Initially, the orgUnitPath attribute wasn’t available as a target attribute - but after a support call with the Azure AD team, it was thankfully added into the schema: 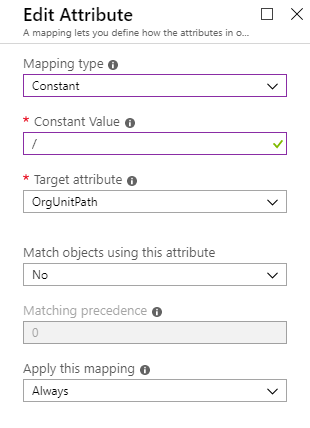 As Azure AD does not have an OU or hierarchical structure, the question was: How do I configure dynamic mappings to apply to groups of users to specify their unique OrgUnitPath - rather than just provisioning all users into a single OU by hard coding the Constant Value in the mapping.

I had two options:

After reviewing how to Write expressions for attribute mappings I identified the SingleAppRoleAssignment function: 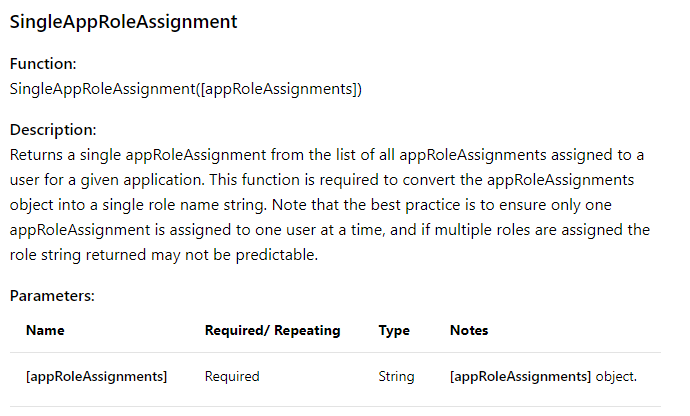 This function would allow me to create additional Azure AD App Registration Roles by editing the Azure AD application manifest, I could then use these custom roles to assign groups of users to specify the desired destination orgUnitPath.

The following shows the final expression based attribute mapping used to map App Roles to orgUnitPaths. 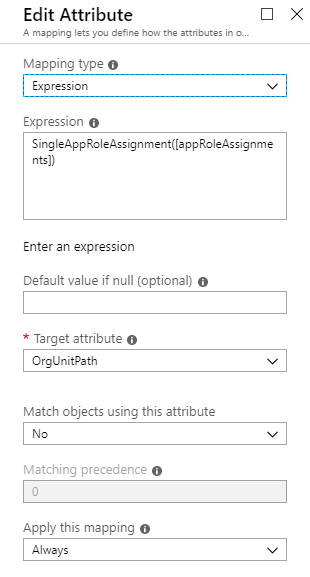 The list of all attribute mappings from Azure AD to G. Suite 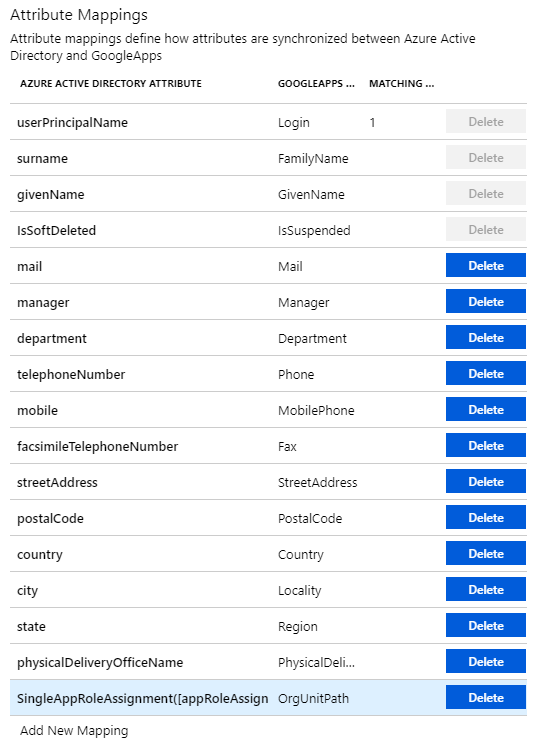 I won’t go into detail here on how to create App Roles in an App Manifest - take a look at this docs.microsoft.com article for details.

In each role that you create in the JSON manifest you will need to change the following:

Example 1: Setting the path for a top level Org Unit:

Example 2: Setting the path for a multi level Org Unit:

Now that I’ve created my roles with their corresponding OUs hard coded into the “value”, I can assign my groups of users to the application, specifying the role as part of the assignment. 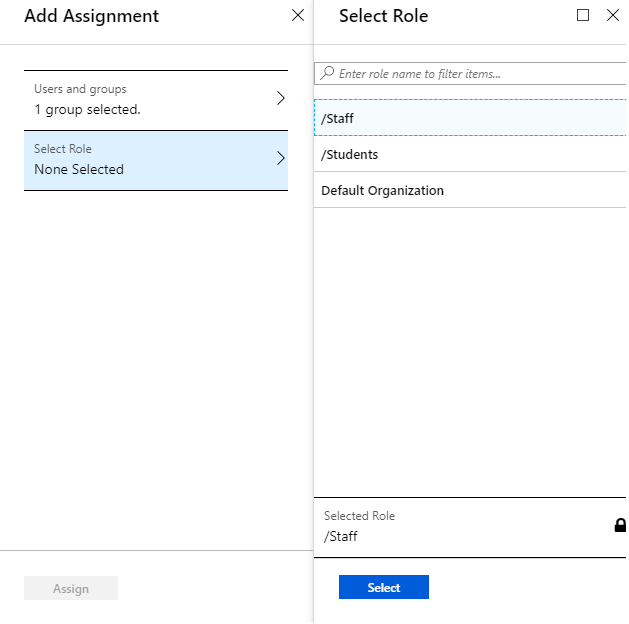 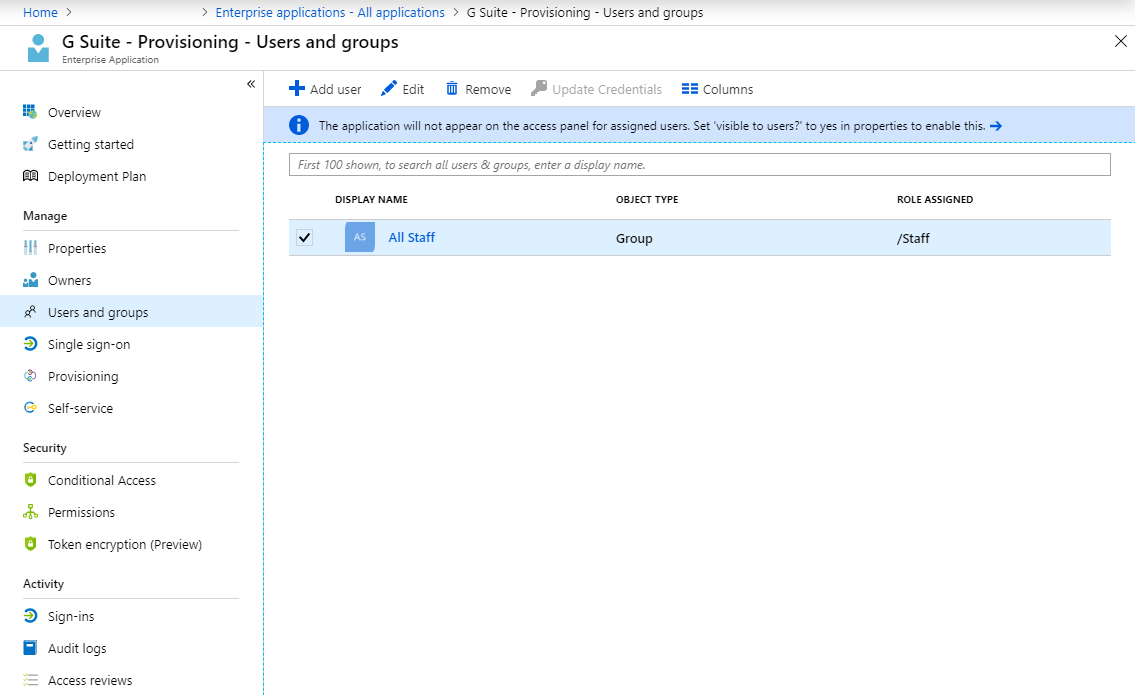 As an example, in the audit log we can see a test user Jessica Jones being provisioned into the orgUnitPath “/Students”, ready for G. Suite policy and configuration to be applied.

A word of warning

This is a great solution for getting users provisioned into G. Suite and into their initially correct OU. But through rather extensive testing and going back and forth with Azure AD support, there’s a major caveat that they don’t mention in any of the support articles.

All provisioning requests that are sent to G. Suite use a POST REST method. This is generally fine; and works perfectly for user creation. But as per the G. Suite Admin Directory API documentation updates to existing users need to use a PUT REST method.

So what does that mean?

The change is sent to G. Suite by Azure AD but simply and unfortunately ignored.

When querying Azure Support if the method could be changed, I was told that the POST method is used by design and will not be changed for individual applications.

So it looks like we are stuck with a one way, one time provisioning and any subsequent user changes will need to be handled manually by your ops team.

This is still a great solution for SMBs or for simple G. Suite OU structures. But hopefully this shortcoming is addressed in the future.