A collection of solutions, workarounds and protips from an IT Pro working in Modern Management

One feature that does not have parity with SCCM, is the option to allow users to interact with a installation prompts during deployment. There has been some great community developed tools like the PSAppDeployToolkit which can provide end users with company branded dialogue boxes, creating a more personable deployment experience. 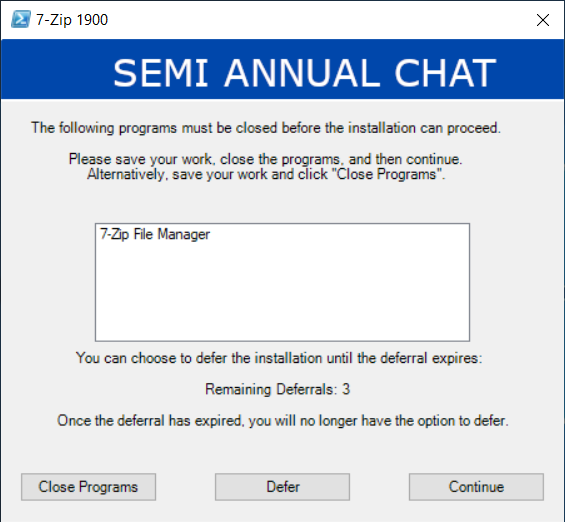 Of course, we can use the PSAppDeployToolkit with Intune on it’s own today, utilising it’s superior logging and PowerShell based installation cmdlets to silently install .msi or .exe applications. But as Win32 applications are installed from within the system (session 0) context, we are unable to benefit from the user driven dialogue boxes.

As Administrators we can be force close dependent applications prior to installation, using some crude stop-process commands coupled with a force parameter. But without the ability to set maintenance Windows within Intune, or being able to specify installation to take place outside of Active Hours, we’re going to get some very unhappy end users as applications close without the opportunity to defer installation to a time that suits them better.

The Problem to Solve?

How can we provide end users whose devices are managed with Microsoft Intune (Standalone) with a better installation experience, for high user applications while not relying on them to self serve application updates using the Company Portal?

Using a combination of PowerShell, PSAppDeployToolkit and a tool borrowed from MDT called ServiceUI - we can provide a user friendly deployment experience from a Win32 Intune required application assignment, like the one I demonstrate in this video:

For those unfamiliar with some of components listed in the prerequisites, here’s a brief overview: 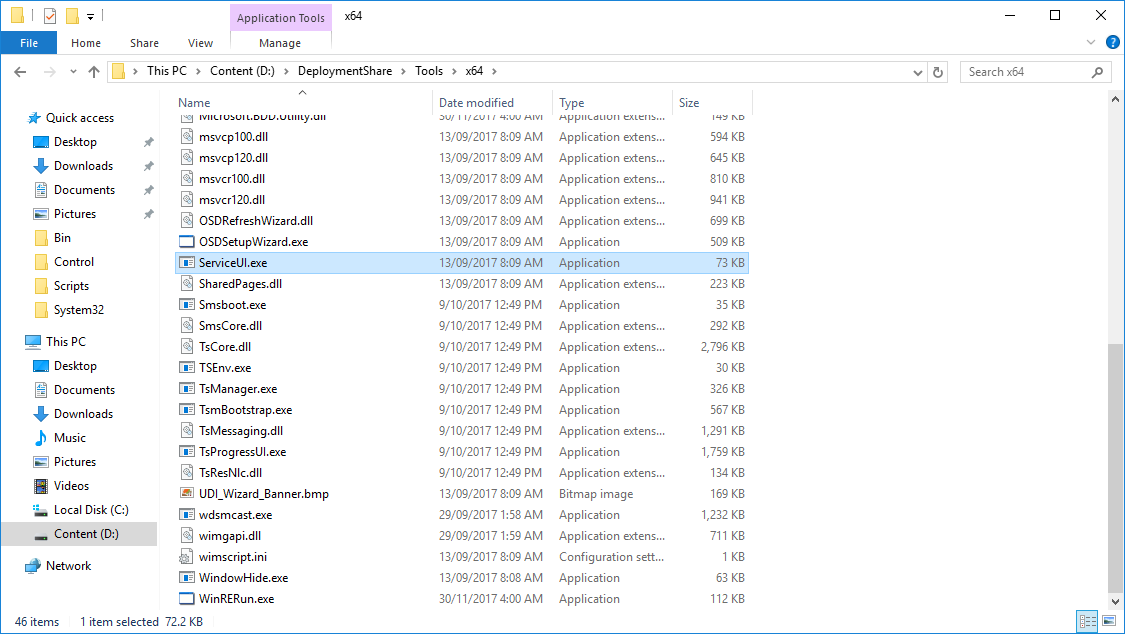 ServiceUI.exe is a tool included as part of MDT, it allows us to to launch applications from within the system context, into the context of an active console user. This allows end users to interact with individual applications running as system, rather than being elevated themselves. The tool can be found in the Tools\x64 directory of a deployment share.

“The PowerShell App Deployment Toolkit provides a set of functions to perform common application deployment tasks and to interact with the user during a deployment. It simplifies the complex scripting challenges of deploying applications in the enterprise, provides a consistent deployment experience and improves installation success rates. The toolkit functions as a wrapper”

Here is an example of a PowerShell script that can be used to detect the target process is in use, and launch PSADT in either interactive, or non-interactive mode accordingly:

Wrapping It All Together

Here’s the directory to wrap using the Win32 Content Prep Tool with the three components: 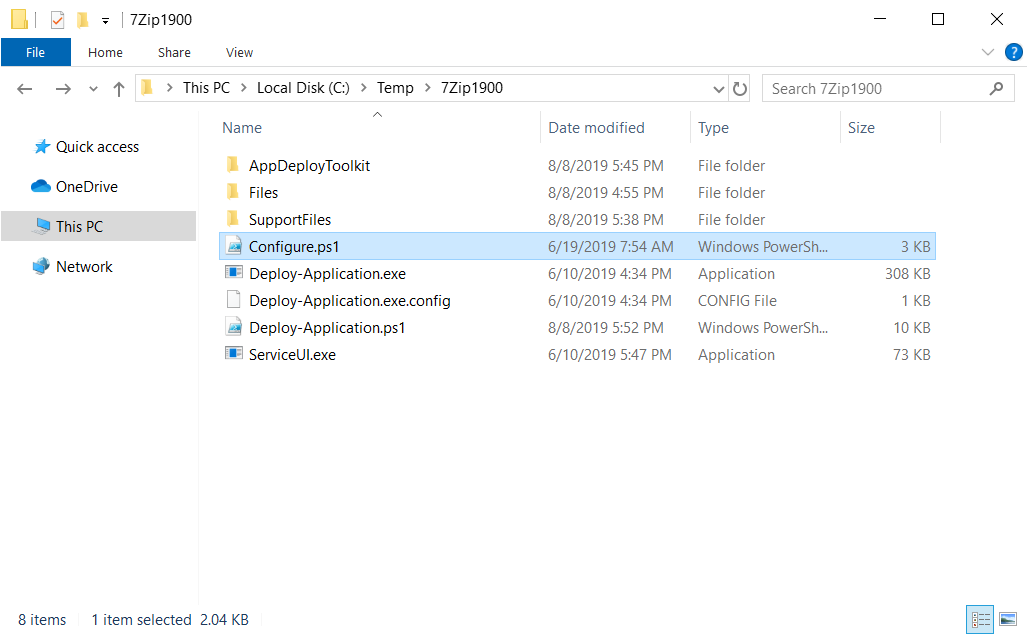 The install command used in Intune, is (a reminder that PowerShell scripts launched via Win32 are started in x86, rather x64).

For extra points, you can add some switching logic in your configure script and pass a parameter that tells the script whether to launch PSADT in Install or Un-Install mode.

This solution is not a new one, previously used by SCCM administrators prior to 1802, but I’ve yet to see it used with Intune. It has a couple of moving parts, but is relatively simple once you wrap your head around the components.

Recently, I utilised this deployment method with 3 separate customers, upgrading a critical database client application used by 75% of all end users, and within a 24 hour period - we were on track for 80% upgrade success. And most importantly, across 600 client machines, we received about 3 support calls.

The previous upgrade method for these customers would have been either a manual per user upgrade, or a deploying the upgrade via Group Policy, which depended on the user being on-site at start up time. 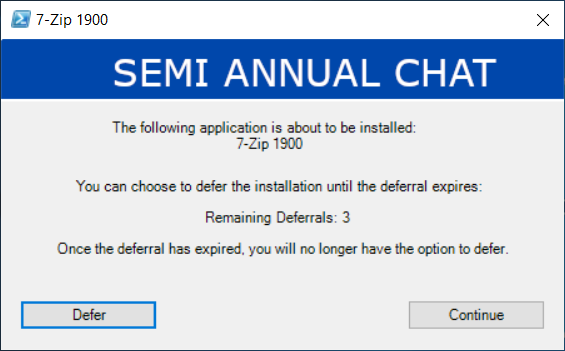 Hopefully this provides some inspiration into what is possible with Win32 App Deployment through Intune. If you’d like more details, ask me a question in the comments or send me a tweet on twitter.